Dreams actually do come true if you dream big enough and work hard at manifesting those dreams. That means holding the vision and not letting fear get in the way. When I teamed up with Ann-Elizabeth Barnes to write "A Free Woman On God's Earth" The True Story of Elizabeth "Mumbet" Freeman, The Slave Who Won Her Freedom, our goal was to tell this remarkable story in an accessible and enjoyable way that children (and adults) would love and be inspired by. Mumbet is our hero and her story is important. Who would have thought that renowned illustrator Jacqueline Rogers, would join us in telling this story! That in itself was amazing. 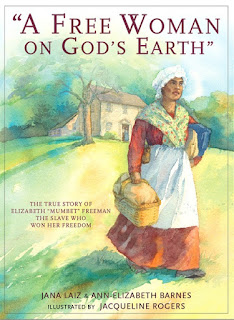 Little did we think that one day there would be a film about her. Based on our book! But the truth is, we imagined it, and we dreamed about it. It was a fun fantasy we indulged in. When we sat down to write it, we saw it visually, like a movie, scene by scene and wrote it that way. Jackie added her gorgeous art, which could tell the story even without our words. And when director, Alethea Root read it, loved it and asked us for the option, we were thrilled and honored. Was our dream coming true? Would our fantasy become real? It sure felt like it. That was in 2010.

And so began a very long, arduous and wondrous journey. In that time, we never wavered in our belief that this would manifest. A team came together; a director, a screenwriter, producers, executive producers, historians, actors, even a politician or two, and we worked really, really hard. And we held that dream. 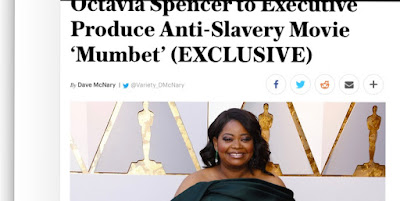 I had known it was happening, but the day the Variety announcement came to my inbox, my heart raced and I shook, for the entire day. It was real!

There is still a long road ahead, movies take a long time to make! But we will continue to hold this dream. And I know beyond a shadow of a doubt that this movie will manifest and thousands of people, maybe millions, will know the name of Elizabeth MUMBET Freeman. She will take her rightful place in history, and I am honored to be a part of that.